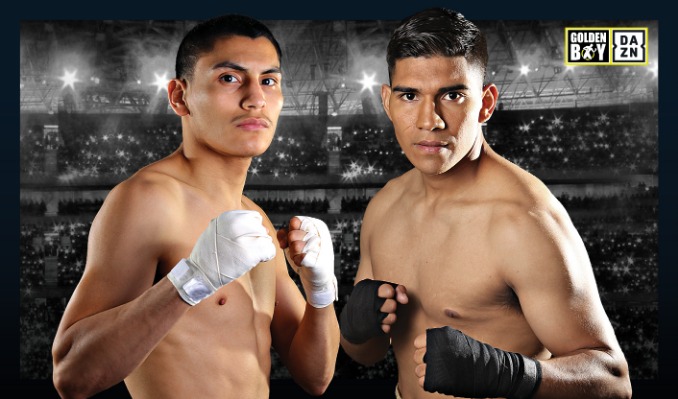 This Saturday night live on DAZN, hot prospect Vergil Ortiz Jr (13-0, 13 KO) takes on Antonio Orozco (28-1, 17 KO) in a
main event from Texas. Vergil Ortiz Jr legitimately looks to have the goods, to be the genuine article. Being a big veteran
of the world like I am, an infallible genius, I don’t get super excited about most prospects anymore. Would probably be more
fun if I did, honestly, but I’ve seen too many flame out or fall short. Ortiz, though? I’ve got high hopes. I think he might
be special. Orozco, on the other hand, never seemed to me to be a special fighter, and it seems clear now that he isn’t. He
took a beating last year against Jose Ramirez, and he didn’t exactly light up the computer monitor on March 30 in his win over
Jose Luis Rodriguez, a journeyman who gave Orozco more problems than the scores might indicate. Part of that was Orozco trying
to box an adjusted style, but what he did in March isn’t going to work against Ortiz. If Orozco has any hope here, it’s going
to be wading through the fire against the prospect and hoping Ortiz’s chin doesn’t hold. There’s a chance of that, sure — you
never know until you know — but I wouldn’t bet on it. I do think Orozco takes Ortiz past the fifth for the first time, though.